skip to main | skip to sidebar

The NFL and Domestic Violence; It's Business, Not Personal

As one of the women who constitutes 45% of the NFL's fan base, Felicia Bennett can't be ignored.  Bennett wrote the book How To Stylishly Fall From Grace, which tells the story of a woman who heeds the warning signs of domestic violence.


"With the dominant color in the Baltimore Ravens' jerseys being purple, it's ironic that purple is also the color of domestic violence, " states Bennett.  The release of the videotape of Ray Rice violently punching out his then fiancée Janay brings domestic violence to the 50-yard line. Even more alarming is Janay Rice's rush to defend her husband.  It can no longer be deemed a business decision by the Ravens to let Rice go; it was personally offensive when they originally punished him with a two-game suspension.

This is an issue that the NFL is not new to, however. According to Slate.com, the NFL Player crime stats reveal that out of the 32 teams in the league in 2012, 21 teams employed someone who had been charged with sexual or domestic violence on their roster.  Those cases just didn't go viral, nor did the league feel they would affect their bottom line.

"When it comes to women, prevention is the key.  Also, from athlete's wives and girlfriends to fans, my hope is to inspire women who are in an abusive  relationships, but don't feel they can't get out of their situation," Bennett confirms.

Simply put, the best defense is a good offense.
(PR Log, September 10, 2014)
Posted by styleandsubstance at 8:22 PM No comments:

Check out the latest Amazon review on my book:

I absolutely loved this book! It was like reading my BFF's diary and finding out all the stuff I really wanted to know, only with her permission. What I found most refreshing about this book and Zoe, the main character, was the realistic story it told. No fairy-tale endings, no prince with a glass slipper to wisk her away, just real life - with all its ups, downs, ins and outs.

Too many books and movies try so hard to sell "the happy ending" but what was fabulous about this book was seeing Zoe persevere through her fascinating and often difficult cirucmstances and end up in some ways, right back where she started - just a lot wiser, a lot stronger, and a whole lot more self-assurred.

Most of our lives are probably a lot more like Zoe's than Cinderella's - I know mine is and so are the lives of my friends. So I'd encourage you to get a cup of tea and sit down for a great evening with a new friend...Zoe. You'll enjoy yourself.

YAY!!!
Posted by styleandsubstance at 5:56 PM No comments:

Labels: How to Stylishly Fall From Grace Book Reviews

The Review Is In; Chicklit Club is a Fan!

Talk about a sweet Valentine's Day gift; Chicklit Club posted a glowing review of HTSFFG! With comments like, "Felicia Coley has made Zoe one of my favourite characters - ever", I'm one elated author!

Check it out here!
Posted by styleandsubstance at 6:06 PM No comments: 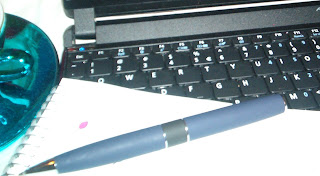 The story I am writing exists, written in absolutely perfect fashion, some place, in the air. All I must do is find it, and copy it. ~Jules Renard

In other words, the sequel to How To Stylishly Fall From Grace is being penned...
Posted by styleandsubstance at 3:02 PM No comments:

We Have A WINNER! 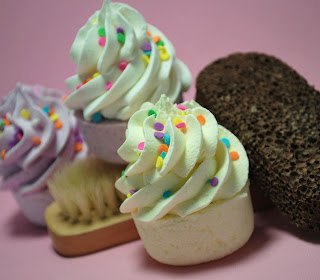 Tracey Jones of GA knows that it's the most wonderful time of the year. As my book customer, she won a shoebox full of gifts! 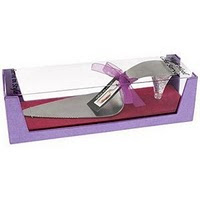 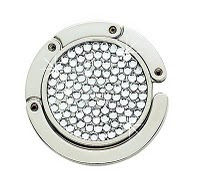 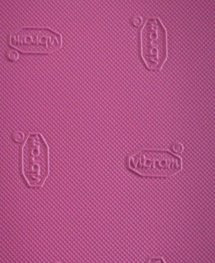 To help give heeling power (a portion of every copy sold benefits Say NO- UNiTE To End Violence Against Women), order your signed copy of How To Stylishly Fall From Grace by clicking below!!!

Posted by styleandsubstance at 9:57 AM No comments:

So The Fellas Are Feeling Left Out....

You could win Assorted Pedicure Cupcakes from Swanky Sweet Pea

The men have spoken...

I never meant to aleniate, so this giveaway is open to everyone! After all, it does give guys one-stop shopping for the shoe lovers in their lives!

Through December 4, ALL customers who order a signed copy of my book* will be eligible to win this shoelicious array of gifts:

To purchase a good read for yourself and/or as a gift and help a worthy cause (a portion of every copy sold benefits Say NO- UNiTE To End Violence Against Women), order your copies of How To Stylishly Fall From Grace by clicking below!!!

*Book orders must be generated via the link in this post; Amazon orders do not include you in the giveaway. All book sales are final. Please allow additional shipping time for the signing.
Posted by styleandsubstance at 3:21 PM No comments: 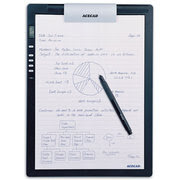 Sometimes my mind never shuts down.

Ideas, plots and characters seep into the crevices of moonlit hours. I realized a long time ago Post-Its have no leverage in these times. Scribbles, drafts and epiphanies look better in saved document format.

How cool is this digital tablet that records my drafts in hard and soft copy?
Acecad Digimemo L2 Digital Notepad

Posted by styleandsubstance at 9:51 AM No comments:

styleandsubstance
Sometimes life's destiny does not include you being swept off your feet. Sometimes it's just standing in the light of your completeness... wearing fabulous shoes. -Felicia Coley

"The book was really comfortable. By that I mean it was such an easy read. I could relate, I think any semi - to ultra fly gal is going to fall in love with your book. We all have a little Zoe Chapman in us. Just like Zoe, we've all lived, loved, and lost and resorting to trying out the "something new" in hopes of getting a different result.

I literally laughed out loud at all of the times Zoe had to excuse Beau's jacket, filth couch, etc... (hilarious)

My only complaint...too short! I wanted more - but then again I figure you can right a part 2 and so on, after all it's a journey."

I cannot stop talking about your book and telling people to go buy it online. I'm sorry but I can't let this book out of my sight; they will have to buy their own. I was so enthralled with your story that I had to carry the book with me where ever I went.
It's so funny that I am not one for girly reads or "novels" or anything that is not business, medical or political, but I found such joy in reading your book. On the other hand I am what my friends call a recovering Shopaholic or Shoeaholic if you will..
Your book was absolutely delicious and I do mean delicious, I just couldn't get enough of it and was greatly disappointed once there was nothing left of it. My "tapeworm" devoured that book so quickly that it left me hungry for more. Please Felicia keep writing.
Thank you for donating to women of domestic violence causes. I am a domestic violence survivor twice over and so I say thank you. They didn't have any of these services when I needed them. I guess you and I can say thank goodness for family."

I hope you had a great weekend! I LOVE the book - it is so well done!"

"Finally read your book this weekend-loved it (but not Beau)! Congrats girly!"

"The book arrived and my wife loves it...thanks for signing it!"

GoodSearch & GoodShop
YOU SEARCH OR SHOP...
WE GIVE!

Add to your site